How to Navigate Political Discussions at Work 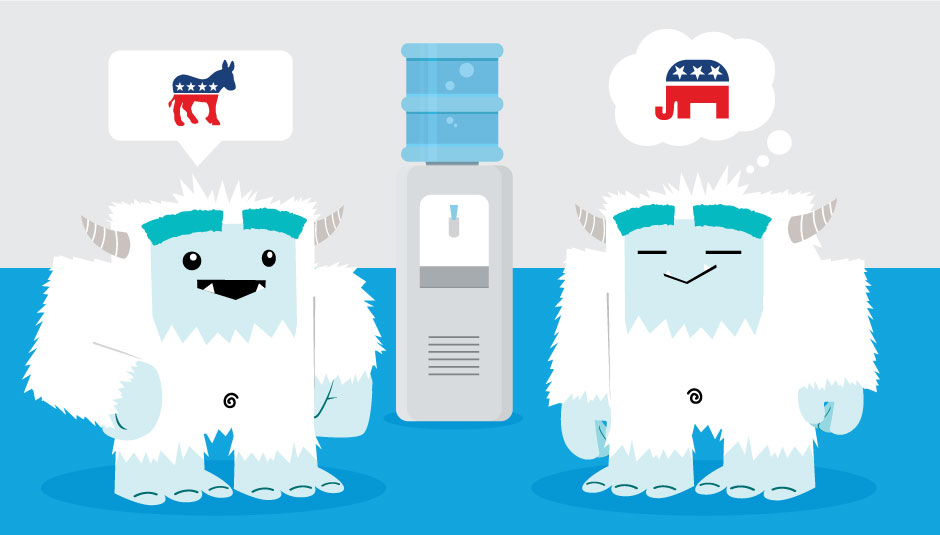 Emotions are running high this election season and political discussions are finding their way into everyday life—including at work. A recent survey by CareerBuilder shows that 1 in 5 workers have been involved in heated office debates over the race between Clinton and Trump, and with Election Day just a few months down the road, these conversations will only become more prevalent.

So what’s the proper etiquette when it comes to talking politics at work? Your goal should be to always show respect toward your coworkers—even those with opposing political views. With that in mind, take a look at these four guidelines for navigating this election season and beyond in the office.

Talking politics in the workplace is a sensitive subject. The safest route is to avoid getting involved in political discussions altogether. It may seem impossible to stay silent at work when it comes to your political views—especially when faced with such a tumultuous election season—but it could also save you from ruining the professional relationships you’ve worked so hard to build with your coworkers and company.